I don't really share recipes on this blog.  It just isn't what I do.  But, today is different.  Just like the last time I posted a recipe.  But this time, I blame a providence of Michaels.  I read Michael Ruhlman's post on french onion soup, and Michael Nagrant tweeted about reuben soup.

The trick with doing a dish like this is honoring the souls of these iconic dishes without being constricted by them.  So...

What is french onion soup?

How can anyone forget the first time they had french onion soup?  Molten cheese bubbling on top of crouton floating over a rich, deep caramelized onion broth. The flavors muted only by the burning sensation in your mouth, not realizing that this soup was just sitting underneath a jet-engine-hot broiler.

How about a reuben?

The reuben is an iconic sandwich of the jewish deli (*).  Corned beef, swiss cheese, sauerkraut, and russian dressing layered between two slices of caraway studded rye bread.  Then the whole sandwich gets the grilled cheese treatment.  Crisped golden brown in a pan with some butter.  Anything else is bullshit.
(*) Weird because it certainly isn't kosher, what with the beef and cheese.

I love this dish because it gives you a lot of places to sneak in the familiar flavors of both of these dishes.  I do it a little differently every time I make it, sneaking a little caraway seed or powder somewhere new.  Architecturally speaking, we are going to make a soup base by combining caramelized onions and shallot mixture with a corned beef broth.  Then we are going to float an open faced reuben on top of the soup and melt the cheese in the broiler.

3. When the oil is hot, add the caraway seeds

4. After about thirty seconds add the mirepoix.

6. After the mirepoix starts to caramelize, add the corned beef.

7. Add the water and simmer until it's done.

1. Heat oil and butter on low

3. Slowly cook the shallot until they start to brown

5. Cook until it's awesome.  Be very careful with the kraut as it tends to burn.

Reuben Crouton (*)
1 tbs butter
Slices of rye bread
(*) I don't really abide by my measurements for this part.

0. Heat a skillet over a medium flame

1. Cut the rye bread into rounds appropriate for your bowls

2. Melt the butter, crisp the bread

3. Remove the bread from the skillet


0. Line up bowls on a sheet pan, these are going under the broiler, so position as appropriate.

1. Heat the broth and the shallot/sauerkraut mixture in a saucepan.

2. Ladle the soup base into individual bowls


3. Evenly apply russian dressing on top of the rye crouton.

5. Float the crouton on top of the soup base.

8. Broil until cheese is melty, oozy and napalmy.

Email ThisBlogThis!Share to TwitterShare to FacebookShare to Pinterest
Labels: recipe

First of all, great article in the Boston Globe on the pervasive mislabeling of fish.  My one criticism with the piece is the following sentence:


The Globe found escolar being sold as white tuna, super-white tuna, or albacore at merchants such as FuGaKyu in Brookline, Kowloon in Saugus, H Mart supermarket in Burlington, and Oishii Sushi Bar in Chestnut Hill.

While it is true that the FDA's Seafood List says that you can't sell escolar as white tuna, it is unfair to single out out places for selling escolar as white tuna or super white tuna when it is a pervasive industry practice.  Now, selling it as albacore tuna is more dodgy, because as I have written about before, there is a genuine sushi bar distinction between albacore and escolar.

The noble frodnesor tagged me in to the link-baity "My Seven Links" internet cage meme.  And while the speed of the internet is light-speed, the speed of a Pablo post is still all USPS baby.  So while I am pretty sure this meme is dead, I am a sucker for the lay-up blog post.  Of course, this took two hours to write.  Why?  Because I just reread a lot of my posts.  Which I think is why this meme worked.  It was really nice to stumble down memory lane, I definitely saw some posts that are totally horrifying, but then I also saw a lot of posts I had forgotten about, and were surprisingly, not shitty.

This is a tough call.  Like the aforementioned frod, I am pictorially-challenged.   At first I was thinking that some of my travel posts like Taco, Epoisses or Paris, where  I managed to take some quality shots.  Of course,  Ultimately, I think I have to give it to my initial thoughts on the SousVide Supreme Demi, which is really a short rib photo shoot, or my white tuna post, where I compare albacore tuna fillets and escolar.  I guess I have to pick one, so fuck it, it goes to the white tuna post.

This one is a no brainer, it's my magnum-poopus.  I wrote a post on the dangers of eating escolar.  Sort of off-topic for what I pretend my blog is about, but this finely crafted post came from somewhere deep inside of me.  It contained a crap-ton of research, as it was supposed to be my first blog post.  But on the shelf it sat.  When I finally completed it, it had the trifecta: Funny, Informative and Gross.  If you want to know what I love about the post, it is that it launch a bazillion hilarious comments.

My most controversial post also has the distinction of being my first post as well as being one of the posts that makes me cringe to read.  I wrote a blog post about how Miracle Connect had mishandled customers Miracle Berry supply issues.  While they definitely mishandled it, I think I come off like a livejournal blogger writing emo-etry.  That being said, Grub Street linked to me on my first post.

I really pride myself on not being helpful or instructive.  There were some exceptions to that, including my two part guide on building a polyscience smoke gun, or my recipe for making roasted garlic powder.  I also took my notes from the ideas in food class on liquid nitrogen.  And while I think people seemed to really find my sous vide equipment posts really useful, I found my post on Umami, Kokumi and the Taste Map the most helpful post.  Why?  Cause I still thought that the taste map was actually how our sense of taste worked. 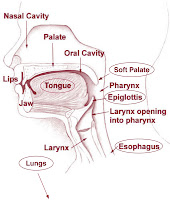 Link: The Taste Map, Umami and Kokumi (Complexities In Taste)


I don't really think I have had that many like blow-my-mind successes.  But I wrote a tiny little post about edible cups that got a lot of traffic out of nowhere.  I wish I had more to say about it, but the post was as disposable as the cups. 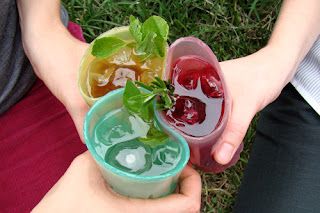 This one is also an easy one.  I wrote what I thought was a barn burner similar to the Escolar post.   I spent a crap-ton of time trying to figure out why Count Rumford was credited with inventing sous vide cooking.  There was no easy to find citation, and yet it was one of the first facts in the sous vide Wikipedia page.  Then I took that excellent nugget of research and batter dipped it in the funny.  You should read this post now, and tell me how everyone got it wrong.

I would actually say that the escolar post or the Count Rumford post are really the top two.  But I think I can't repeat or my phone will ring, someone will say "7 links" in a spooky voice and then a scary lady will come out of my tv and freeze me.  As such, I think I have to go with either my shark fin controversy post for calling it as I see it, or some of my funnier lil bits like my post on chicken and rose flavor pairings or really, my mini screenplay on ordering technique featuring Frank Bruni, Snoop Dogg, Pickled Jalapeno and myself.